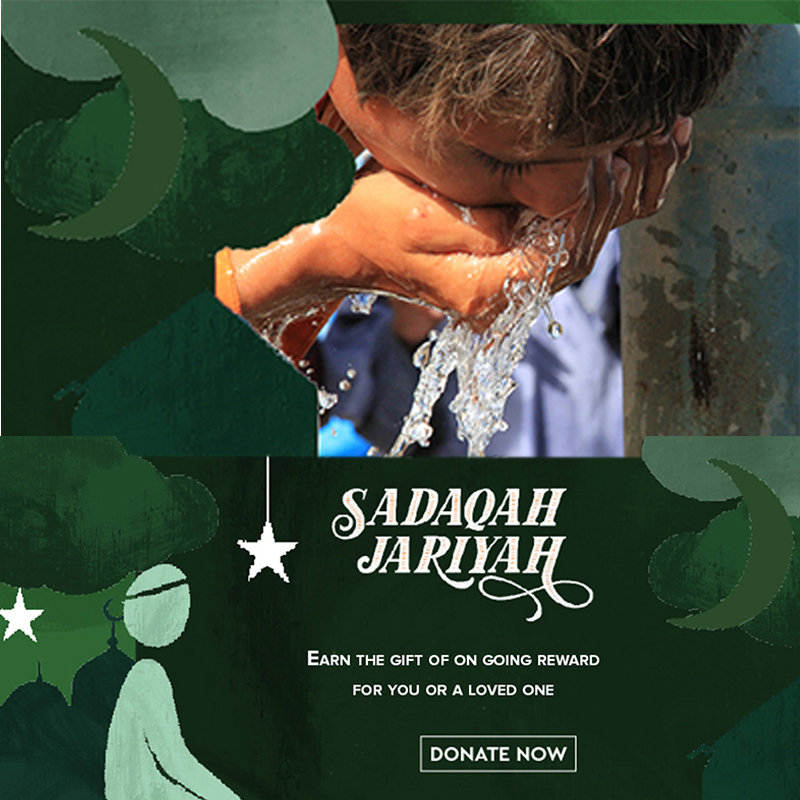 What is Sadaqah Jariyah?

It is a continuous form of giving that provides for people long after we have gone to the Hereafter, providing us with never-ending rewards for our deeds. This form of flowing charity has been called by many names – unending charity, perpetual charity, ongoing charity, running charity – but they all reflect the true nature of this blessed way of giving.

The Messenger of Allah (ﷺ) said, ‘When a person dies, his deeds come to an end except for three: Sadaqah Jariyah (a continuous charity), or knowledge from which benefit is gained, or a righteous child who prays for him’. (Muslim)

Check out some of our Sadaqah Jariyah projects that you can get involved with to keep your good deeds going in this life and the next.

If you want to give a truly meaningful gift to your loved ones, give a gift that keeps on giving, you can give Sadaqa Jariya gifts for as little as R300 per a tree. They can continue to grow for hundreds of years, helping families for generations to come by providing fruit, shade, and more.

Build or renovate a mosque